We are now accepting entries for the 2022 Festival

The 22nd Keswick Film Festival is planned for 24-27th March 2022 and we are now accepting entires for the Osprey Short Film Awards. Please see our listing on FilmFreeway for full details on how to enter.

Entries for the 22nd Keswick Film Festival competition were invited back in March 2020 and despite the difficulties of working for much of the year with lockdown restrictions Cumbrian filmmakers responded magnificently in both the Student and Open categories.

This year the judges selected 12 films to show at the screening. The selected film makers have used a wide range of budgets and technical resources and worked in many film genres and styles to showcase their imagination and creativity, and all in no more than 10 minutes.

Some respond to topical events: Black Lives Matter (the sombre and sensitive documentary reporting The Case of Rashan Charles); the 250th anniversary of the birth of Ludwig van Beethoven (rhythmic and colourful animation in Flames Tear the Soul); and of course, the pandemic. We have three very different accounts of the March-May 2020 lockdown: an elegiac discovery of calmness and birdsong (The Love Song of T. S. Elliot); a glimpse of the chaotic and emotional 24 hours news cycle around the world (After the Rain); and, a vivid rejoinder to the news that Barrow in Furness had the highest rate of infection in the UK (Pandemotion).

The pandemic also inspires a hope that post-covid we might build a different and better world (Surplus Women) and a drama that uses lockdown to explore themes of identity and place (Shadow of the Mountain).

Two experimental films employ minimal cinematic resources: a single tracking shot (Of Friction and Gravity); and a fixed camera monologue (What Goes ‘round). By contrast a collaborative ensemble of young people and film mentors produced a fully scripted drama (The Catfish Club). We also have humour: plenty to make us smile (All in a Days Work); and perhaps, to laugh out loud (The Not So Super Man).

In alphabetical order, the final running order is still to be decided. 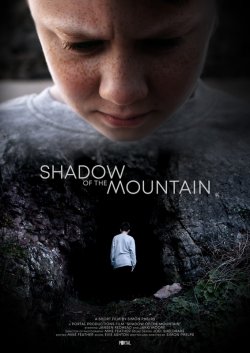 Living in lockdown with his mum and infirm grandfather, an isolated boy explores the local landscape and discovers a thin veil between life and death.

The film was shot in and around Millom, including Hodbarrow, a flooded old iron ore mine, which is now a nature reserve. The story was inspired by the work of local poet, Norman Nicholson. His poem 'The Shadow of Black Combe' evokes the history of the mountain, and the landscape it watches over, being inextricably linked to the poet's own life. An elided quotation from the poem appears at the beginning of the film, including the final line: 'one death will do for me'. An idea that haunts. How being separate from a place, so interwoven with one's identity, makes death feel living. The film follows a boy, drawn by a call he doesn't understand, to also become part of this legacy.

The film was sponsored by a Millom based company and most of the cast and crew either live, work or study in Cumbria. A further part of the project is to work with local schools and use the film as a platform for students to tell their own stories inspired, as Nicholson was, by the Cumbrian landscape.

The intimacies of one day shared by three people during the March-May 2020 lockdown in the Cumbrian village Scotby, Carlisle. The beautiful sound of birds throughout that, although usually audible, were louder than ever before due to the hush of the motorways and roads. The film captures the peacefulness of Cumbria's countryside, and the pocket of calm it offers in a busy world.

Kitty Handley is a third year filmmaking student at Manchester School Of Art. Her work focuses on the blurred line between documentary and fiction. She has recently won the award for Best First-Time Filmmaker at the Screen Power Festival and her work has also being screened at Filmed Up- HOME, The DGSYR Report Exhibition and Lift Off Film Festival.

Rashan Charles, died in 2017 after being restrained by a police officer and a man police said was a 'member of the public'.

The film features exclusive CCTV footage of what was done to Rashan, with analysis by his great uncle, a retired Chief Inspector of the Metropolitan Police Service, who raises concerns about the use of force, the police investigation, and the flawed inquest process.

Rebecca Omonira-Oyekanmi is an independent investigative journalist. Her work has been twice shortlisted for The Orwell Prize for political writing and her reporting won a Refugee Council award and a Write to End Violence Against Women award. Rebecca was appointed the 2020 Stuart Hall Fellow at Sussex University.

Investigative journalist Clare Sambrook has lived and worked in Cumbria's Eden Valley for 20 years. Clare is the film's editor, and, with Rebecca Omonira-Oyekanmi, she co-researched, co-wrote and co-produced the film. 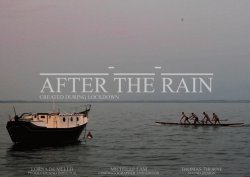 After the Rain details the effects of the first, March-May, COVID-19 quarantine on people - how they're coping and how they feel. Including visuals from Carlisle, Italy, TV news reports and free stock footage it serves as a snapshot of the early days of quarantine and lockdown and features interviews from three individuals from Cumbria. What is seemingly relatable, surface-level emotions reveal themselves to be much more complex. COVID-19 has ultimately become a societal, cultural and emotional reset which has not only tested Cumbrians, but the world.

A day in the life of a hard working young farmer, from sunrise to sunset, following him through the trials of the day. The film was shot on a farm near Castle Carrock, just east of Carlisle and stars Toby Gilmour (as himself), a new Cumbrian talent.

Jay Gilmour is a photographer and videographer, born and raised in Cumbria. 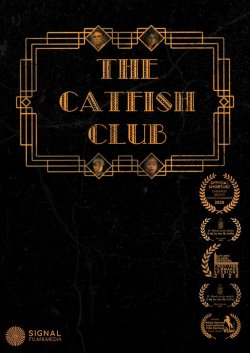 Three mysterious figures compete in a high-stakes heist in this 1920's drama; it's anyone's game at The Catfish Club. A film made by 16-19yr old first-time filmmakers as part of the BFI Film Academy delivered by Signal Film and Media in Barrow in Furness. The Barrow BFI Academy has regularly featured in the Osprey Official Selection and provided the Student Category winners most recently with Learner (2020) and Best of Three (2018). After cutting their film making teeth in the Academy a number of young Cumbrian have gone to make a career in film and to enter their own films our competition. 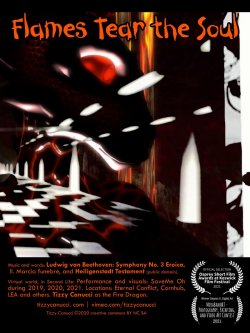 What and how we experience now is connected to the past. Second Life is an online 3D digital world where users (called Residents) can pretend to be whomever, or whatever they want to be. Here the virtual world is worked together with Beethoven's Heiligenstadt Testament and Third Symphony. As Beethoven tried to come to terms with his increasing deafness, he writes about isolation, loss of meaning, and how art was the last thing to cling to.

Tizzy Canucci is the pseudonym of Tess Baxter who has lived in Cumbria for 40 years and was awarded a PhD in Contemporary Art at Lancaster University earlier this year. As Tizzy Canucci in Second Life, Tess started experimenting with the possibilities of what's often called machinima, but she prefers to see them as video art. 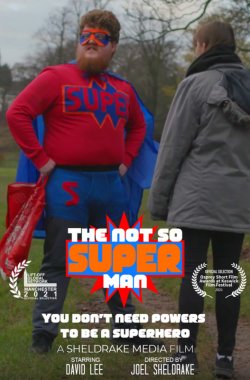 When a 'superhero to be' fails at the first hurdle of his dream he discovers his true power is saving lives in a more subtle way... A moral story to say no matter who you are and what powers you might have, everyone can be a superhero.

Joel Sheldrake a final year student at the University of Cumbria, specialising in sound recording, directing and general organisation and logistics of student shoots. Not So Super Man was shot in Carlisle.

The film is an accompaniment to Richard Skelton's second novella, 'And Then Gone', in which, in the wake of an unnamed calamity, a solitary woman travels back to her childhood home, navigating the maze of narrow roads that cross-cut England's hinterlands below Hadrian's Wall. It was filmed in Kershopefoot in northern Cumbria.

Richard Skelton is a British musician and writer. His recordings explicitly reference places of emotional resonance, specifically the West Pennine Moors. Richard was an Osprey winner in 2019 with A Mercy Kill.

The film was shot completely in Barrow-In-Furness using all local talent and crew during the Covid 19 lockdown 2020 in response to headlines of Barrow being labeled a pariah town as well as the worst hit town in the UK. This was an attempt to remain creative and positive in a dark time for the arts.

Kit Taylor first worked with film in the BFI Film Academy (2012) with Signal Films in Barrow. He studied film and media at Kendal College with Dom Bush and is now doing a film and TV production degree at the University of Hertfordshire.

Lucy Atkinson made the film as a first year film student from Cumbria who worked in collaboration with local Cumbrian farmers for research and set design. 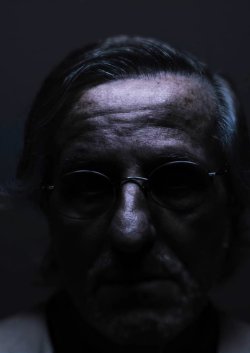 An uncomfortable testimony on the terrible consequences of one man's obsession with coincidence, relationships and being.

Written & performed by Paul Martin, who lives in Keswick.

What are the Ospreys?

Each year at the festival we celebrate local film making by showing a selection of short films. A panel of judges select the very best of these films and reward the talented film makers the prestigious Osprey awards. At the screening the audience also vote for their favourite film to win the Audience Award.

“I feel it's very important for those of us who are established in films to make sure that we put ourselves out to encourage the next link in the chain. It's not difficult to put oneself out and it was greatly enjoyable watching their films and sharing their pleasure at the awards.”

As well as showcasing great short films we also hope the Ospreys will provide opportunities for film makers to meet each other and possibly collaborate on future projects. We have created a group on Facebook called the Osprey Filmmakers Network which we invite you to join if you have entered or film in the past of are thinking of doing so in the future, or perhaps you'd like to get involved in some other way.

If you'd like to sponsor the Osprey Short Film Awards or supply any prizes then please contact us.

Staying in Keswick for the Festival?

Staying in Keswick for the Festival?

Over 260 beautiful holiday cottages in and around Keswick.

All programme and film details are correct at the time of publishing but may be subject to change.